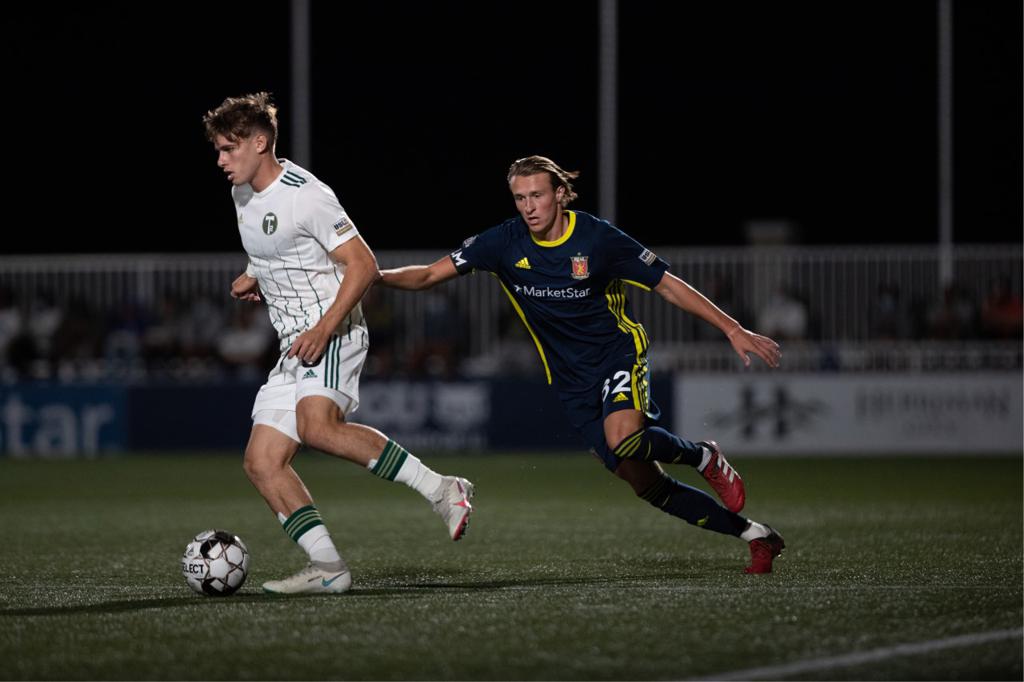 HERRIMAN, UT. - T2 earned their first road win of the season, defeating Real Monarchs SLC 2-1 at Zions Bank Stadium on Wednesday night. Portland entered the second half trailing 1-0, but clawed back and tied the match on a goal from Marcus Epps before Jorge Gonzalez notched the game winner in the 79th minute.

Key Performances
Epps found the back of the net in the 60th minute on a long-distance strike. Racing downfield, Gonzalez found Epps for his first assist of the season. Gonzalez delivered the game winner in the 79th minute on a right-footed shot from the center of the box that soared above the keeper. Giovanni Calixtro tallied his second assist of the season on the play. In just six starts, Gonzalez has netted five goals and has helped T2 win back-to-back matches. Goalkeeper Jake Leeker finished the match with three saves.

Timbers Academy On Display
Tega Ikoba made his first professional start Wednesday night, playing the first 61 minutes of the match before being replaced by Dyson Clapier. Calixtro made his eleventh start and has now recorded an assist in consecutive matches. Other academy players making starts today were Isaac Homer (4th) and Carlos Anguiano (11th).

POR – Jorge Gonzalez (Giovanni Calixtro), 79th minute: Right-footed shot from the center of the box to the high center of the goal.

Next Game
Next up, T2 will travel to face Reno 1868 FC at Providence Park on Sunday, September 20. Beginning at 6 p.m. (Pacific), match against Reno will be streamed on ESPN+.

On his thoughts about the match against Real Monarchs SLC…

"It was our best team performance of the year. The players showed tremendous character to come from behind, and great composure to finish their chances and manage the game appropriately. Our medical/performance team did a great job preparing the guys to play in a difficult environment, and maximizing the additional rest as a result of the rescheduled Tacoma match."

"Having all those players available gives the opposition more threats to manage, and we’ve done well to get those guys in positions to combine and score. Jorge is very good around goal and has taken his chances really well. I was pleased for Marcus as the goal he scored is something he has been practicing a lot, so to get the reward is great for him."

On his thoughts about next match against Reno on Sunday…

"They have been our toughest opponent in the group and they have a very strong team. We have to recover physically from a demanding game in Salt Lake, and find creative ways to train given the air quality here in Portland. That said, the group is confident and will be prepared for a good game against a top team."