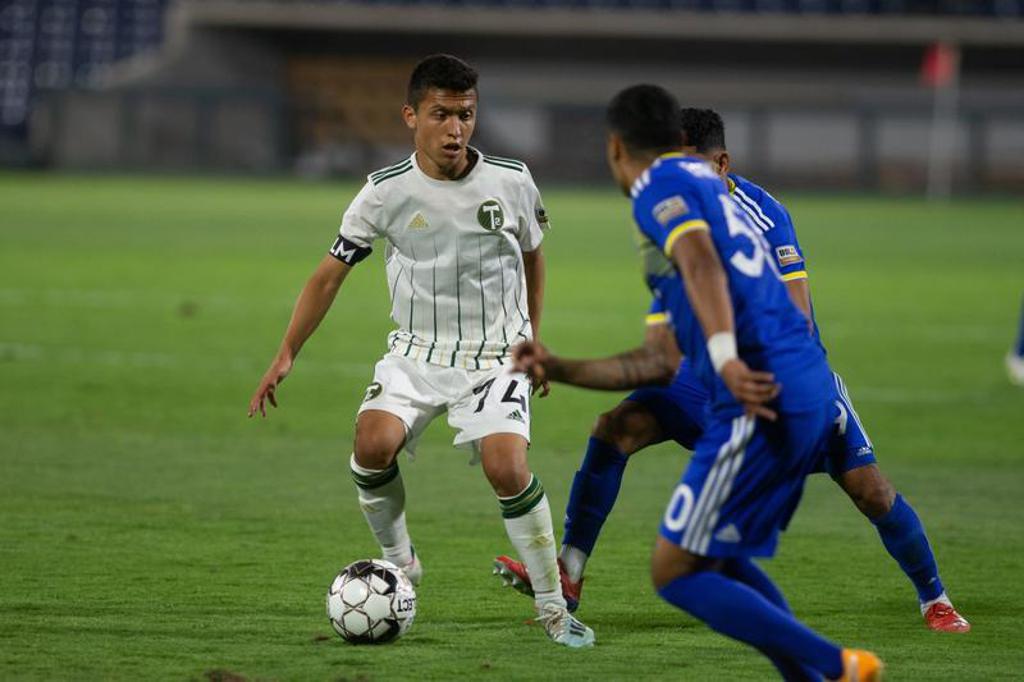 In the 74th minute, Dyson Clapier found the back of the net on a crisp shot from the center of the box, tallying a goal for a second straight match. Salvador Villegas Jr. logged his first assist of the season on the play. Carlos Anguiano started his tenth match for Portland, which is tied for a team high with Aedan Stanley. Other academy players making starts today were Isaac Homer (2nd), Clapier (4th), Villegas Jr. (4th), Hunter Sulte (6th), and Giovanni Calixtro (9th). Gerardo Durán entered the match for Calixtro in the 64th minute for his ninth appearance of the season.

RNO – Tucker Bone (Foster Langsdorf), 2nd minute: Right-footed shot from the right side of the box to the bottom left corner.

RNO – Tucker Bone (Sam Gleadle), 11th minute: Right-footed shot from the right side of the box.

RNO – Christiano François (Corey Hertzog), 49th minute: Right-footed shot from the left side of the box to the top right corner.

RNO – Benjamin Kikanovic (Sam Gleadle), 77th minute: Header from the center of the box to the bottom left corner.

Next Game
Next up, T2 will host the Tacoma Defiance in the first of back-to-back matches at Providence Park on Wednesday, September 9. Beginning at 7 p.m. (Pacific), the match against Tacoma will be streamed on ESPN+.

“He is very confident going forward and shows a lot of courage in taking players on. Both his goals in the last 2 matches were very well taken and he has added a different dimension to our attack. As he showed against Reno, he has the ability to create for himself, which is an important quality for an attacking player.”

On T2’s upcoming match against Tacoma…

“The Reno match aside we have had some encouraging performances recently, despite being on the wrong side of the results. We need to get the guys turned around physically and mentally, and focus on the first match against Tacoma. These rivalry games always have a bit more to them, and we will be up for the fight.”

On playing three matches in the span of a week…

“There is no question that the condensed schedule is difficult to manage. A number of our guys have logged a lot of minutes, and they will need to be ready to be called upon again. Our medical/performance staff do an excellent job of making sure the players have the resources they need to recover adequately and hopefully we have one or two players returning from injury to bolster the squad.”