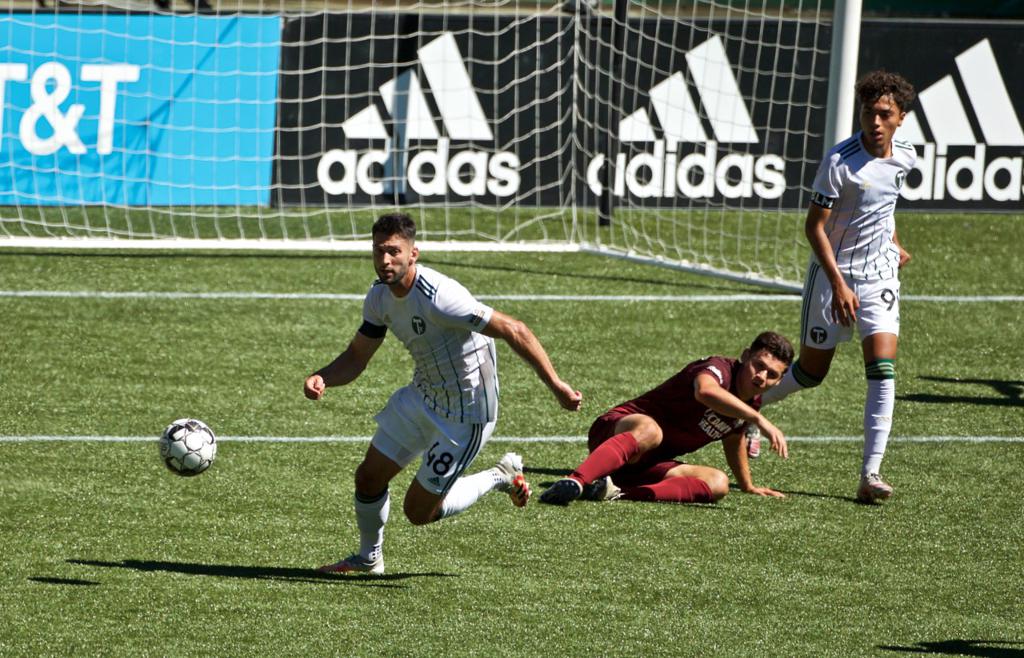 Portland, Ore. – In their ninth match of the 2020 USL Championship season, T2 fall 2-1 to Sacramento Republic FC at Providence Park on Wednesday afternoon.

SAC – Julian Chavez (Matthew Mahoney), 90+6 minute: left footed shot from the right side of the box to the bottom right corner.

Next Game
Next up, T2 will travel to face Reno 1868 FC at Greater Nevada Field on Saturday, September 5. Beginning at 7 p.m. (Pacific), match against Reno will be streamed on ESPN+.

“It's clearly the best performance we put together across 90 minutes, and it is a heartbreaking result to concede on literally the last kick of the game. The guys did an incredible job after going down to get themselves back in the game, the fight and desire to do that and to keep going. We had the chances in that game, and I think the things that we want to see out of the guys, that competitive spirit and desire, the quality, all of that was by far and away better in this game. I think we have to take that positive out of it.”

On the debuts of Isaac Homer and Tega Ikoba…

“Look it's never easy to come in to make your first professional appearance, especially starting a game at centerback. I think Isaac did a really commendable job, made some tackles, cleared the ball when he needed to, and connected some passes. You can see physically the game caught up with him a little bit, but I think it was as good as we could get for a first professional appearance coming into that position. I think he did extremely well. Tega is a handful, he brings a different dimension, something that we haven't had, a physical presence up front who will stretch the game as well. We need to slowly get him involved, but he did very well.”

On T2’s upcoming match against Reno…

“I look at today’s match as the first game of the second half of the season. I think that's really encouraging on the second one up with Reno. That's a tough team. They're a very good team and they've got a lot of experience, but I think if we go out and play and compete like this, we can certainly put them to the test.“