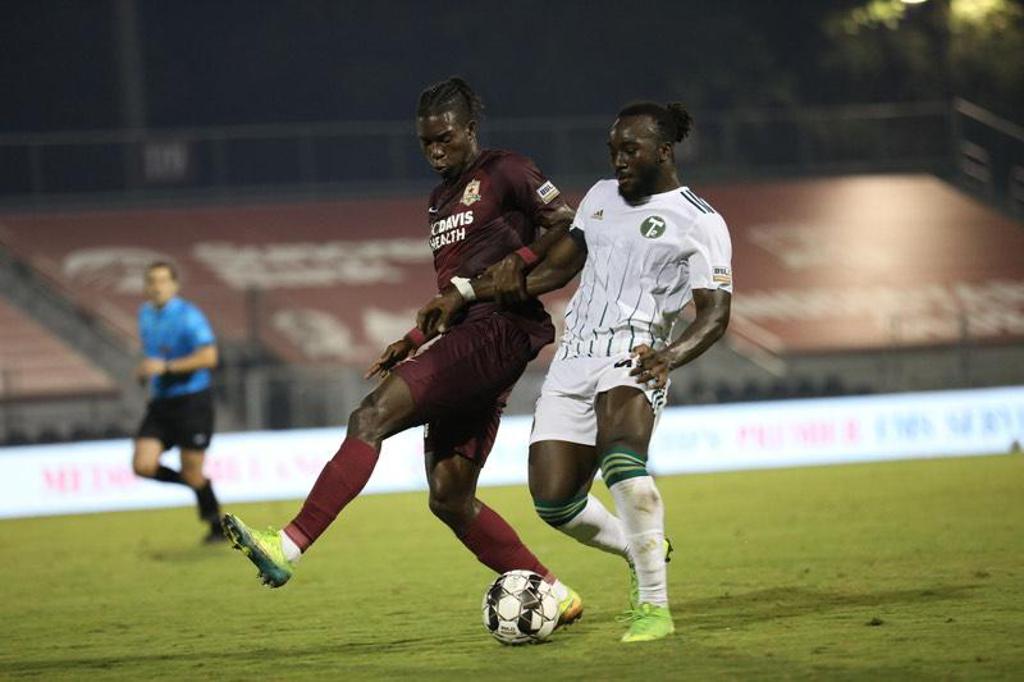 Key Plays
T2 struck the first blow of the match in the 23rd minute on a clinical right footed shot by Jorge Gonzalez Asensi. The goal was Gonzalez Asensi’s second of the season, scorning in consecutive matches. Carlos Anguiano assisted on the play, his first the of the season. In the 52nd minute, Hunter Sulte preserved T2’s lead with a gorgeous left-handed save that bounced the ball off the goalpost back into his waiting arms to halt the Sacramento attack.

Next Game
Next up, T2 will host LA Galaxy II at Providence Park on Wednesday, August 26. Beginning at 5 p.m. (Pacific), match against LA will be streamed on ESPN+.

Postgame Quote Sheet
Quotes with reaction to the match from T2 assistant coach Andrew Gregor can be seen below.

“I felt like the application in the first half went pretty well. As expected, we are playing against a very experienced team at home in some difficult conditions. I thought we achieved the goals that we wanted to in the first half. Coming out in the second half, we knew there was going to be a lot of pressure on us. As they say, goals change games and moments. They had some better moments than us and we missed on a couple moments, ultimately that's what ends up with the score being 2-1. Playing on the road in this league is very difficult. We gave ourselves a chance to come out with a point or potentially a victory and unfortunately, we couldn't get it done.

“He's starting to build some confidence and come into form and get himself in good positions. There's still some growth that he needs to have, but we're seeing some good things out of him and obviously getting into good spots in between the lines, getting into the box and see what his abilities are. He's got some good change of pace. Technically he's a very good finisher.”

“Well, we're going to have to recover very quickly with the next game on such short notice and travel back tomorrow early in the morning. We're going to have to recover and then make sure we get an understanding of the Galaxy and try to get some sort of tactical plan in place, then go back out and compete again. This team needs to continue to get better and start putting some points on the board. We'll have a good opportunity come Wednesday.”