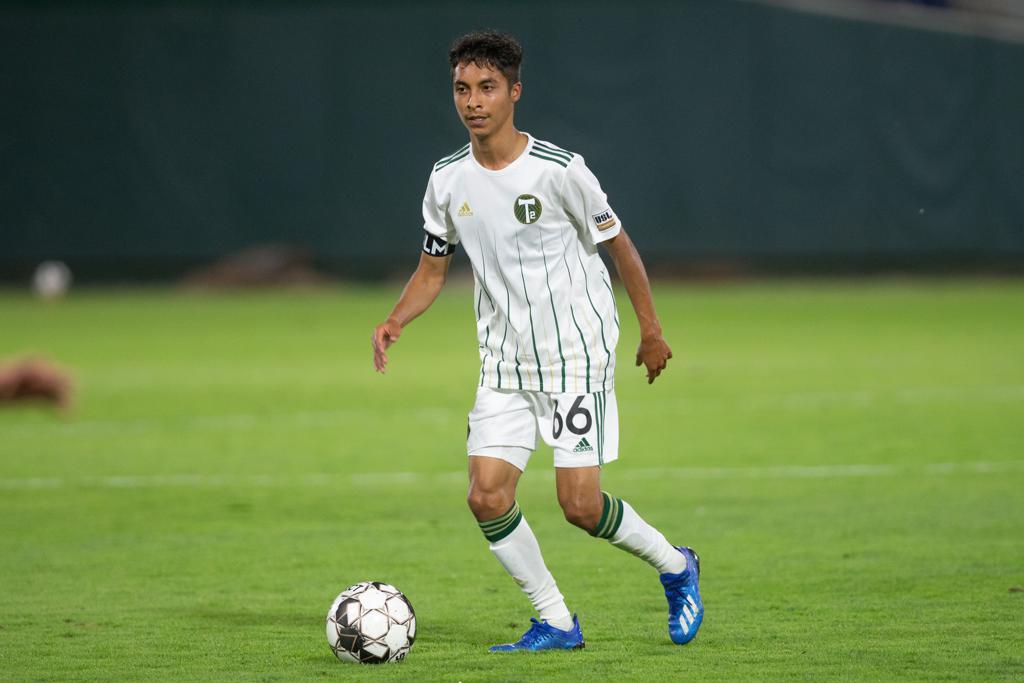 Reno, Nev. – In their sixth match of the 2020 USL Championship season, T2 fell 5-2 to Reno1868 FC at Greater Nevada Field on Saturday night.

Futty Debuts for T2
Mamadou “Futty” Danso returns to Portland, this time as a member of Timbers 2. Futty made his first start of the season in tonight’s match and logged the full 90 minutes. The 37-year-old Gambian defender played in 60 matches for the Portland Timbers of Major League Soccer between 2011-2014.

Key Plays
Timbers 2 tallied their first multi-goal performance of the season with goals by Jorge Gonzalez Asensi and Marcus Epps. The goals were the first of the season for both players. Gonzalez Asensi’s first professional goal of his career came in the 72nd minute on a right footed shot on a run inside the six-yard box. Caleb Kiner assisted on the play, his first on the season. Epps’ first goal as a member of T2 came just a few minutes later in the 76th minute on a right footed shot from the center of the box. Gerardo Durán assisted on the play, his first of the season.

RNO – Corey Hertzog (Sam Gleadle), 25th minute: crossed for a right footed shot from the center of the box to the bottom right corner

RNO – Sergio Rivas (Christiano François), 28th minute: header from the center of the box to the bottom right corner

RNO – Tucker Bone (Brent Richards), 38th minute: right footed shot from the right side of the box to the bottom right corner

RNO – Foster Langsdorf (Brent Richards), 64th minute: header from the left side of the six-yard box to the high center of the goal

Next Game
Next up, T2 will face Sacramento Republic FC on the road at Papa Murphy’s Park on Saturday, August 22. Beginning at 8 p.m. (Pacific), match against Sacramento will be streamed on ESPN+.

Postgame Quote Sheet
Coach Knowles and others were unavailable for interview after tonight’s match.