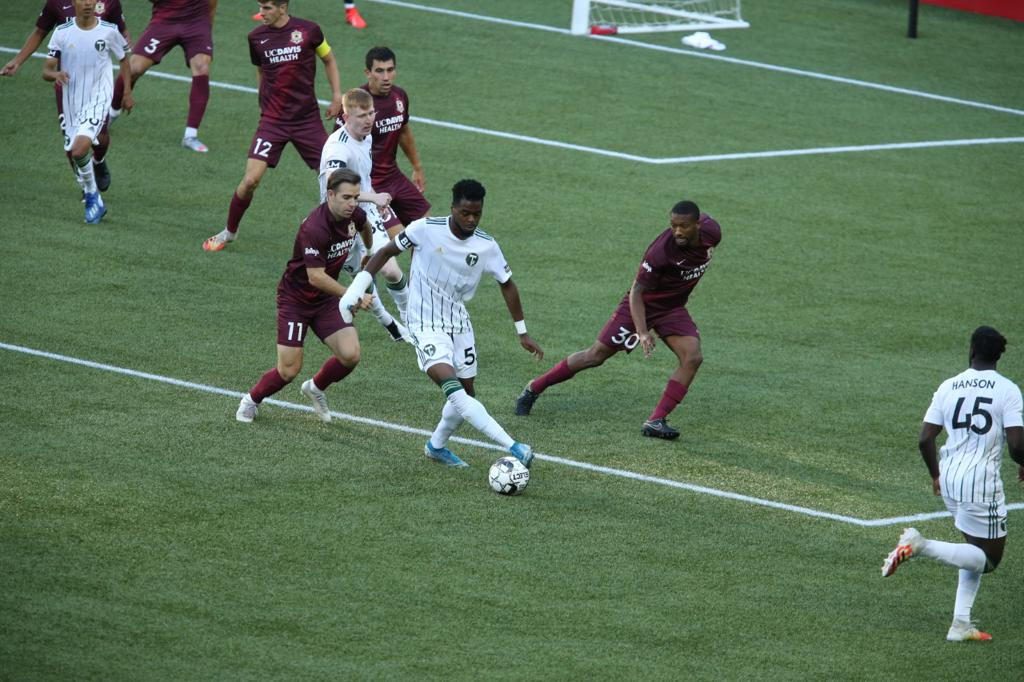 PORTLAND, Ore. – In their fifth match of the USL Championship regular-season, T2 fell 1-0 at home to Sacramento Republic FC at Providence Park on Saturday night

Marcus Epps played in his first match since March 7th against Phoenix. The midfielder led T2 in shots on target and tied for the team high in total shots. Jake Leeker tallied two saves, including a brilliant stop on a penalty kick that kept the match at 1-0.

Juan Carlos Anguiano made his fifth consecutive start of the season. He was joined by Giovanni Calixtro making his fourth start and Caleb Kiner making his third start, all tallying the full 90 minutes in tonight’s match. Gerardo Duran came on to replace Epps in the 59th minute.

SAC – Jake Leeker (OG), 12th minute: shot attempt saved by Leeker, ball bounced off the top of the goal back into Leeker and trickled into the net.

Next Game
Next up, T2 will face Reno 1868 FC on the road at Greater Nevada Field on Saturday, August 15. Beginning at 7 p.m. (Pacific), match against Reno will be streamed on ESPN+.

“It was a really positive performance. We were unlucky in that that moment in the eleventh minute, with the goal we conceded. I thought we started the game very well for the first ten minutes and we reacted to that adversity really well, which is different from what we've seen the last couple weeks. We battled and we clawed and fought and we won a lot of duels. Jake makes a save on a penalty to keep us in the game and we kept searching for that goal and it just didn't fall for us today. I thought we had a number of really positive performances from the group and collectively some of the best performances of the year and gives us something to build on moving forward.”

On his thoughts on Marcus Epps being back in the lineup…

“He is a different look for us in the attack. He has some experience, has a lot of quality has a lot of leadership for us on the field, and all those things are really important, it made us more dangerous going forward. He brought a lot of organization on the defending side. So I think for a guy that hasn't had the opportunity to play for a while, to step it up that was credit to him.”

“Well, it's important that we have the time. We have a bit more time between games than we've had recently to get the guys were recovered. There were a few guys, that was a pretty physical game. There are a few guys with a few knocks that we have to take care of, and then build on this momentum from this game, from last week's training, into the next week, into the next game.”