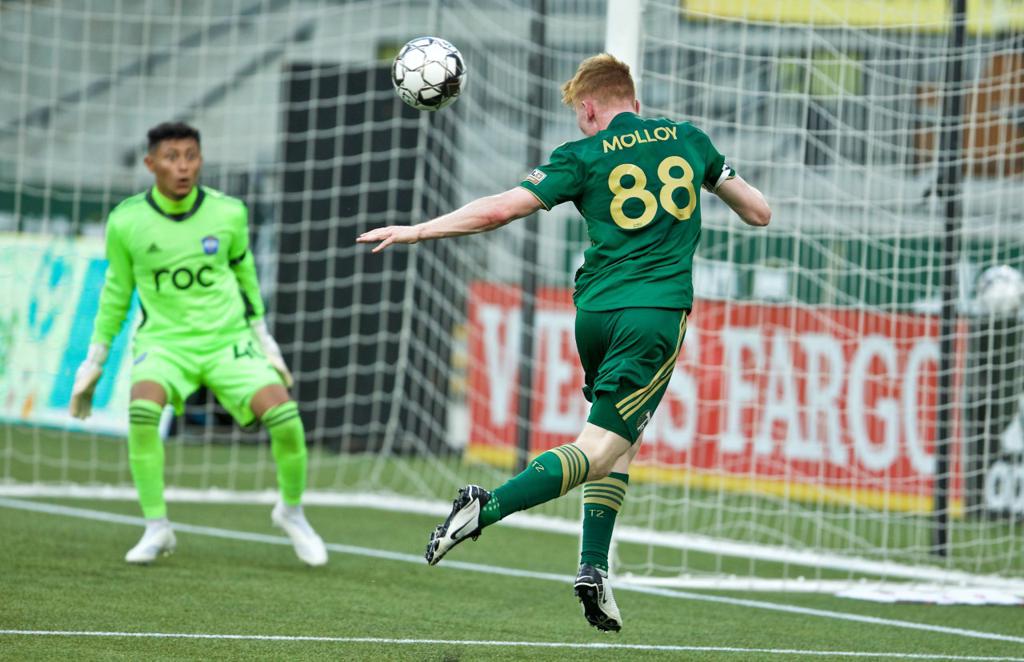 T2 Firsts
Caleb Kiner logged his first start of the season and played until the 65th minute. Gerardo Durán scored his first goal of the season on a well-placed header to the bottom right corner of the goal. Aedan Stanley gained his first professional assist on the play.

Timbers Academy On Display
Forward Gio Calixtro logged his second start of the season for T2, playing all 90 minutes and led the team in shots. Midfielder Carlos Anguiano also played the entirety of the match, while defender Mitchell Ferguson logged 25 minutes as the sole substitute of the evening for T2.

RNO – Sergio Rivas, 52nd minute: Right-footed shot from outside the box to the bottom left corner.

POR – Gerardo Durán (Aedan Stanley), 73rd minute: Aedan Stanley with a cross from the left-hand side finds the head of Durán from the center of the box to the bottom right corner.

RNO – Foster Langsdorf, 82nd minute:  Left-footed shot from the right side of the six-yard box to the bottom right corner.

Next Game
Next up, T2 will host the Tacoma Defiance at Providence Park on Monday, August 3. Beginning at 6 p.m. (Pacific), the match against Tacoma will be streamed on ESPN+.

“We knew coming in they were a very good team historically. They have been one of the best teams in the Western Conference and USL, so we knew it was going to be a tough test. That said we are excited to be here and be at Providence Park and put an effort in. We thought we could come out of the game with the result the way we started the game. We thought we had some good opportunities in the first half got a little bit unlucky, and then it kind of got away from us a little bit in the second half. We had a young player who scored his first professional goal. We had another player who gets his first professional assist in his first season as a professional, so then there's a lot of positives and certainly patches of the game where we were improved.”

On his thoughts of getting Jake Leeker back in net tonight? How did you feel seeing him out there?

“He's experienced and he has a good presence. You know, he's trained very well. He's been out for a little while with an injury, so some things weren't going to be sharp, but I think between him and Hunter there is a lot of competition for that position. I think they're doing a good job of helping each other in terms of how they push each other and training every day.”

On T2’s upcoming match against the Tacoma Defiance…

”It's a team that's fresh in our mind. We were just up there, and again I think the score line didn't necessarily reflect how we played for large parts of that game. I think the guys are really eager to get back and see that team, and to show that we can compete, we can get some points and we can start clawing our way up the table.”